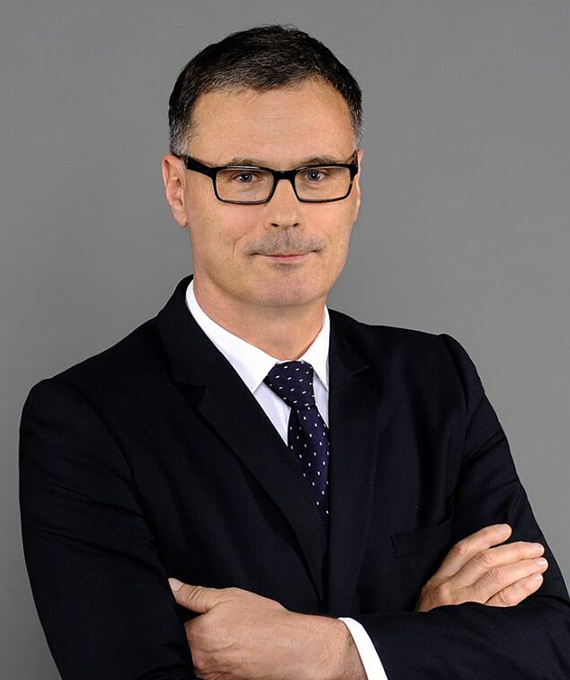 Mr. Wojciechowski is a director with Whiteshield Partners. His depth of experience helps our clients address a wide range of policy challenges ranging from economic development, privatization, financial markets, pension and banking reforms to investment policy, public accounts and statistics.

Born in 1960, Mr. Wojciechowski graduated with a Bachelor degree in Economics from John Carroll University, Ohio in the United States in 1986. Two years later, he obtained Masters in Operations Research from Case Western Reserve University in Cleveland, Ohio, where he also finalised his doctoral studies; and subsequently received a Ph.D. degree from the Systems Research Institute of the Polish Academy of Sciences in 1994.

Mr. Wojciechowski has academic, corporate and governmental experiences. While staying in Cleveland between 1983 and 1991, he worked as an analyst at the Centre for Regional Economic Issues and lectured in statistics at John Carroll University.

After returning to Warsaw, from 1992 to 1995, he advised the Polish government on privatization and capital market development, including work for UNDP, the Ministry of Privatization and KPMG/USAID.

From 1995 to 2005, he worked as Director in the Polish Development Bank S.A., as CEO of ATUT TFI S.A. – an investment fund company and CEO of PTE Allianz Poland S.A. – a pension fund company.

In 2006, Mr. Wojciechowski was entrusted with the position of Minister of Finance, then he headed the Polish Information and Foreign Investment Agency for two years. In the years 2009-2010 Mr. Wojciechowski was Undersecretary of State at the Ministry of Foreign Affairs in Poland, responsible for economic cooperation and development.

From 2010 to 2014 he served as Permanent Representative of Poland to the OECD. As an Ambassador he also chaired the Governing Board of the Development Center, the Eurasia Roundtable and he was the Dean of the OECD Council. After returning to Poland, he was appointed Chief Economist of the Polish Social Insurance Institution.

We use cookies on our website to give you the most relevant experience by remembering your preferences and repeat visits. By clicking “Accept”, you consent to the use of ALL the cookies.
.
Cookie SettingsAccept
Manage consent

This website uses cookies to improve your experience while you navigate through the website. Out of these, the cookies that are categorized as necessary are stored on your browser as they are essential for the working of basic functionalities of the website. We also use third-party cookies that help us analyze and understand how you use this website. These cookies will be stored in your browser only with your consent. You also have the option to opt-out of these cookies. But opting out of some of these cookies may affect your browsing experience.
Necessary Always Enabled
Necessary cookies are absolutely essential for the website to function properly. These cookies ensure basic functionalities and security features of the website, anonymously.
Functional
Functional cookies help to perform certain functionalities like sharing the content of the website on social media platforms, collect feedbacks, and other third-party features.
Performance
Performance cookies are used to understand and analyze the key performance indexes of the website which helps in delivering a better user experience for the visitors.
Analytics
Analytical cookies are used to understand how visitors interact with the website. These cookies help provide information on metrics the number of visitors, bounce rate, traffic source, etc.
Advertisement
Advertisement cookies are used to provide visitors with relevant ads and marketing campaigns. These cookies track visitors across websites and collect information to provide customized ads.
Others
Other uncategorized cookies are those that are being analyzed and have not been classified into a category as yet.
SAVE & ACCEPT